When Your Business Growth Playbook No Longer Works, Try This Instead. 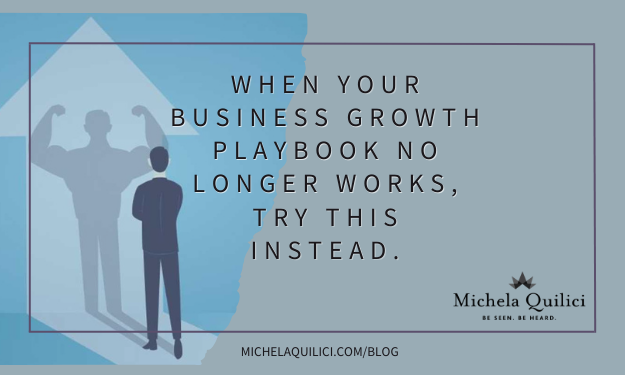 The formula for winning in both business and sports is simple: Mindset + Strategy + Implementation. (More on this in a future article!)

There are so many parallels between the game of sports and the game of business, and I’m always amazed at how much of what makes us win at sports can be applied to winning at business.

Recently, I watched a movie starring Denzel Washington called Remembering the Titans based on actual events that took place in 1971, about a southern high school in the United States recognized for their football team: The Titans.

The movie takes the viewer through the journey of an interracial football team forced to come together, despite obvious racial conflict, in order to eventually win 13–0 and take home the regional championship trophy. The two coaches, including the Head Coach (offence line) and Assistant Coach (defense line) work alongside one another with underlying tension, but eventually come together to work agreeably for the good of the team.

After training camp, during which time the Titan boys endured serious Navy Seal-like training in both skill development and mental toughness, they started their season, played hard and began to see some success.

They were on a winning streak and enjoyed the popularity and pride that came as a result of their success.

Then, they were up against a better team.

The bar had been raised and the stakes were high.

The Titans were accustomed to running the same six plays over and over again, using the same players in their usual positions — and winning every time. But in this game, their standard playbook wasn’t working anymore. The wide receiver on the competing team was faster than the Titan defending opponent.

The receiver outran the Titan. Every. Single. Time.

As the points started to rack up for the competing team, the Assistant Coach lambasted the Titan telling him to work harder, do better, and run faster. Play after play the kid was just not able to step up his game to match his quicker opponent. Finally, he pointedly and frustratingly told his coach, “He’s just faster than I am Coach.”

It was at that moment, as I watched the Assistant Coach standing on the sidelines, that I could see a light bulb go off. If he kept that player in the game, they were sure to lose.

So, he subbed the laggard Titan for a different guy on the team, who was simply faster.

Like in business as in football, the successful players don’t waste time trying to turn their weaknesses into strengths, they either switch up the play or get their bench strength from other team members; employees, contractors, suppliers, partners, or mentors.

So what about you?

Here are some questions to think about as you reflect on how this sports analogy relates to you and your business:

Being a business owner is not easy. Everything changes when you make the decision to stop tolerating the business you have, and start designing the one you want.

To cast a bigger vision for yourself and commit to doing what it takes and being who you need to be in pursuit of your goals. As a fiercely independent over-achiever and recovering perfectionist, it’s one of the hardest things I’ve had to learn to do myself (and still learning), but I wouldn’t be where I am today without the endless support of colleagues, team members, and coaches.

As business owners, being trapped inside our own perspective can leave us feeling ill-equipped to recognize real problems (not just symptoms) and come up with solutions.

Ask yourself these questions…

An experienced Business Coach can do all those things and more.

Give yourself the gift of a fresh perspective.

Hire a Coach. There’s a reason why all top performers have one.

Business is a marathon, not a sprint, and growing pains in pursuit of the goal are inevitable – but as someone smart once said; suffering is optional.

Nobody makes it to the podium alone.