Remembering the Titans: Focus on your Strengths 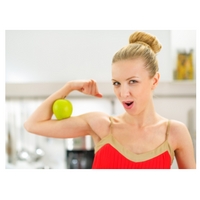 Let me start by saying that I am not a football expert, so if you’re a football fan you’ll have to forgive me for potentially butchering the football lingo as I tell my story. I am; however, an athlete who ‘gets’ the team sport dynamic and what it’s like being part of something greater than just yourself. I also know first hand what it takes to master a skill, including the focus, practice, dedication, and determination it takes to win. I didn’t make it to the Canadian Nationals for Netball doing it solo. It takes teamwork to make the dream work.

I watched a movie starring Denzel Washington called Remembering the Titans based on actual events that took place in 1971, about a southern high school in the United States recognized for their football team: The Titans.

I love movies about sports especially football and boxing. (Oh, the fond memories I have of the Rocky movies from the late seventies and eighties!) I find these sports to be very strategic, and the subtleties of strategy done well, gets me super excited. (Yes, I’m a geek that way.) There is also something about seeing the underdog rise from the ashes like a Phoenix and being part of that journey of overcoming to becoming that tugs at my heartstrings probably because it parallels my own personal journey in so many ways. Seeing that story played out before my eyes on a movie screen validates my own journey and anchors me further into who I am, where I came from, and what it took for me to get here. That is very empowering!

The movie takes the viewer through the journey of an interracial football team forced to come together, despite obvious racial conflict, in order to eventually win 13-0 and take home the regional championship trophy. The two coaches, including the Head Coach (offence line) and Assistant Coach (defense line) work alongside one another with underlying tension, but eventually come together to work agreeably for the good of the team.

After training camp, during which time the Titan boys endured serious Navy Seal-like training in both skill development and mental toughness, they started their season, played hard and began to see some success. They were on a winning streak and enjoyed the popularity and pride that came as a result of their success.

Then, they were up against a better team.

The bar had been raised and the stakes were high.

The Titans were accustomed to running the same six plays over and over again, using the same players in their usual positions – and winning every time. But in this game, their standard playbook wasn’t working anymore. The wide receiver on the competing team was faster than the Titan defending opponent.

The receiver outran the Titan. Every. Single. Time.

As the points started to rack up for the competing team, the Assistant Coach lambasted the Titan telling him to work harder, do better, and run faster. Play after play the poor kid was just not able to step up his game to match his quicker opponent. Finally, he pointedly and frustratingly told his coach, “He’s just faster than I am Coach.”

It was at that moment, as I watched the Assistant Coach standing on the sidelines, I could see a light bulb go off in his head. If he kept that player in the game, they were sure to lose. So, he subbed the laggard Titan for a different guy on the team, who was simply faster.

Like in business as in football, the successful players don’t waste time trying to turn their weaknesses into strengths, they either switch up the play or get their bench strength from their other team members; employees, contractors, suppliers, or partners.

So what about you?

Here are some questions to think about as you reflect on how this sports analogy relates to you and your business:

Being a business owner is not easy. It’s probably one of the most challenging roles I’ve ever had in my lifetime. Everything changed for me when I decided to stop piling everything onto my own plate and started to ask for help; one of the hardest things I’ve had to learn to do. I wouldn’t have been able to grow a six-figure business doing it alone. Nobody can.

As a business owner, being trapped inside of our own perspective can leave us feeling ill equipped to recognize problems and come up with solutions. Give yourself the gift of a fresh perspective. Contact me for your (no obligation) 45-minute consultation, and I’ll support you to tap into your own sense of clarity for taking your business to the next level of your success.

How to Say No, Without Feeling Guilty
Stop Treading Water in your Business, and Start Creating Waves